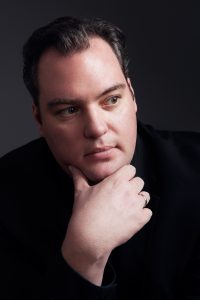 Tenor Nils Neubert was born and raised in Hamburg, Germany, and maintains careers as a performer, educator, coach, and scholar in the United States and abroad.

Original writings, reviews, and educational sound materials, as well as translations into English and German have been published by Bärenreiter, Henle, Oxford University Press, Rowman & Littlefield, the International Concertina Association, the Journal of Singing, the Ralph Vaughan Williams Society Journal, and Music Education Research. His dissertation on the song composer Max Kowalski (1882–1956) was nominated for the Barry S. Brook Award, and a long-form article on Kowalski’s life and works is forthcoming in the Yearbook of the Research Centre for German and Austrian Exile Studies. He can be heard on Voices in the Wilderness: Music of the Ephrata Cloister (Christopher Dylan Herbert [dir./prod.], Bright Shiny Things, 2020).

Nils Neubert teaches German diction and repertoire at The Juilliard School and the Manhattan School of Music and served as language coach at the Music Academy of the West for seven summers (2016-2022). He joined the Glimmerglass Festival and the Wolf Trap Opera Company as German coach during 2020 and 2022, respectively, and the music staff at the Metropolitan Opera in 2022. He has done German and Latin language preparation for soloists, opera and choral ensembles, conductors, actors, and record producers, has been a regular guest instructor for the Potomac Vocal Institute in Washington, D.C., and has led master classes and workshops across the United States, as well as in Europe and Canada. Previously, he also served on the faculties of the Mannes School of Music, William Paterson University, Kaufman Music Center, and the Music Conservatory of Westchester. He is the current president of NATS-NYC and has served on the University Faculty Senate at the New School.

Nils Neubert holds degrees from the Juilliard School (BM, Voice), Teachers College, Columbia University (MA, Music and Music Education [Voice Pedagogy]), and the CUNY Graduate Center (DMA, Performance). He also trained at the Mozarteum, Bel Canto at Caramoor, the Scuola Leonardo Da Vinci, the UMass Amherst Arts Extension Service, the FernUniversität Hagen, and the Harvard Extension School, and is an alumnus of the Walnut Hill School for the Arts and the Boston University Tanglewood Institute. He is a student of Dr. Robert C. White, Jr., and is married to pianist Yuri Kim.

There are no upcoming events at this time.

“[…] the soloists were superb, with the tenor Nils Neubert’s clear, effortless high register perfect for the role of the Evangelist[…]”

“Nils Neubert offered an expressive interpretation of [‘Adelaide’] and a flirtatious rendition of ‘The Kiss.’ He sounded his most convincing in the dark-hued ‘Sigh of the Unloved.'”